The 83rd Doon School Founders Day Programme began on Thursday, October 11th. A three-day event in which on the first day of the programme, the school’s Founders Day English Production was performed. A student-run production, the play was directed by Milind Khemka and produced by Naman Khurana. It was based on the story ‘The Mousetrap’ by Agatha Christie, and kept the audience spellbound with an outstanding show. Stellar performances were given by Aarsh Ashdhir, Sidhant Shyam and Lorcan Thomas.

The second day of Founders began with the Humanities Exhibition. The exhibition’s theme was “Shifting Boundaries”, and many classrooms had been prepared to showcase posters, maps, pictures and models under the subjects of History, Geography and Psychology. In addition to this, a Moot court which was based on the International Court of Justice – the case of the Kashmir issue was also staged in front of the exhibition rooms.

Concurrently, the junior boys were also seen participating in the Hindi Street Play and the Yoga Exhibition, which took place in different parts of the campus. The Doon School also played the annual cricket fixture with the Old Boys Team, and successfully chased a target of 126 runs, winning the match by 8 wickets. Later in the day, the Chandbagh Debate ,a debate between the current School debating team and the team of the Batch of 1993, the silver Jubilee batch, was also organised. The topic of the debate read “This house regrets the primacy accorded to house-spirit”. In a closely-contested debate, the current batch emerged as winners, and Yash Dewan was adjudged the Best Speaker.

In the evening, the main Founders Day Hindi Production was staged in the Rose Bowl. The play, titled “Jaanch Partal”, directed by Mr. Hammad Farooqui & produced by Mr. Devendra Mishra saw excellent acting from Manandeep Singh, Armaan Thapar and Karthik Rathore, and was hugely applauded by the audience. With the play, the second day of Founders came to an end. Present on the occasion were the Chairman of the board Mr. Sunil Kant Munjal, Headmaster Mr. Matthew Raggett, the outgoing President of of the Old Boys Society Mr. Jaswinder Singh Bull and the incoming president Mr. Rahul Kohli, and members of the Board of Governors.

The third and final day of the 83rd Founders Day began with the Pagal Gymkhana hosted by Jaipur House. At the Gymkhana, a large number of stalls had been set up by the boys of the School. The stalls served not only as sources of entertainment, but also excellent food from different corners of the city.

The main event of Founders Day took place in the Rose Bowl later in the evening. The event included speeches from the Chairman of the Board of Governors of The Doon School, Chief Guest, and the School Captain. The Chairman, Mr Sunil Munjal, spoke about the ideals of merit and equality that the school pioneers, and stressed its relevance in the 21st century. In order to uphold these ideals, Mr Munjal talked about the scholarship programmes that will be available for students from all backgounds.

The Chairman was followed by Ms Meagan Fallone, the Chief Guest of the event. Ms Fallone talked about the Barefoot College, an organisation that had been founded by a Doon School alumnus and that she currently headed in the capacity of the CEO. In her speech, she mentioned the role of women in successfully spearheading the organisation’s projects, and highlighted the importance of the same in the constantly-changing world in which we live.

Finally, the School Captain Viksit Verma gave a speech on how the school had added value to his own life, and his memories of the six years of his life spent on the campus.

The programme finally drew to a close by stellar performances by the School Choir and Orchestra, which was very well-received by the audience. 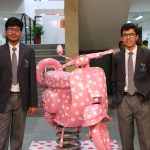 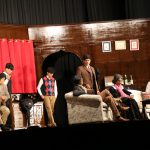 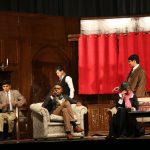 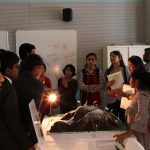 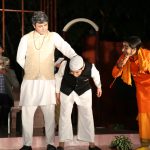 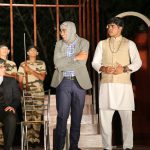 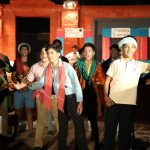 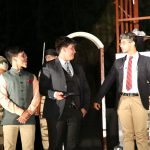 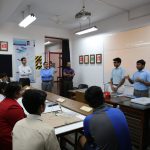