A group of 9 B form boys represented the School at the 42nd Yale Model United Nations Conference at Yale University from the 19th to 21st of January 2017.
The Conference, held at the historic and grand Yale University campus, had over 1800 participants from High Schools and Colleges across the world.

Along with participating at YMUN, The Doon School team visited the UN Headquarters in New York and also had two engaging and intense discussions- one, with the diplomats of the US Permanent Mission to the UN and another with the International Peace Institute (a leading Think Tank dealing with issues of Conflict Resolution, Peace Building and International Relations). 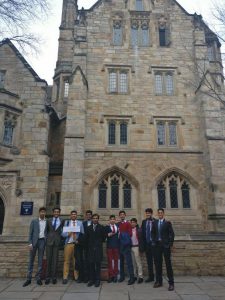 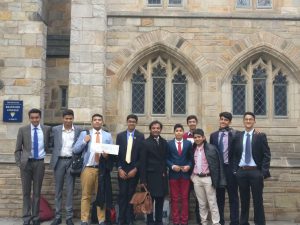 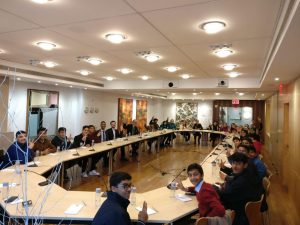