Record numbers of boys achieve 40 points at IB in 2014 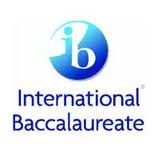 The number of boys achieving 40 points and more in 2014 has reached the highest numbers in six years.

With multiple numbers of remarks still yet to be confirmed, it looks like another good year for the IB at The Doon School. There was 100% in Higher Level English.

Congratulations to Udbhav Agarwal from tata house who achieved 42 points and received offers that included: Cornell and Vassar in the USA, and from Singapore, Singapore Management University and Nanyang Technological University.

Other destinations for the 40+ club include Columbia and UCB, Layfette College and University of Southern California. UK university offers include the London school of Economics, University of Warwick and the University of Bristol.

Courses for the 40 +club: These include: Science, Political Science and Economics, Electrical and Computer Engineering and Energy Engineering.

Udbhav Agarwal who was the top IB scorer of 2014 and the collector of multiple offers from first class universities across the world wishes to study science. It is the subject that has most captured his imagination.