The 13th edition of the Doon School Model United Nations (DSMUN) saw  27 schools and over 300 delegates involved. From the 16th to 18th of August, DSMUN saw intense debating and problem-solving. Delegates were challenged and tested and despite everything thrown at them, they came up with solutions and combated the problems at hand. This year’s DSMUN saw fourteen committees in session, including the Viceroy’s Executive Council discussing the handover of India to Indian authorities, the Union Cabinet of Ministers overseeing the Emergency in 1984, and Lincoln’s War Cabinet debating over the aftermath of the attack of Fort Sumter. Out of the 27 schools present, GD Goenka World School was awarded the Best Delegation Award in the small size delegation category. Welham Boys School were awarded the Best Delegation Trophy in the large size delegation category. The Best Committee award went to the Disarmament & International Security Committee which was headed by Ansh Raj and his Deputy Chairpersons, Aviral Kumar and Sairajan M.S.

Overall, after three fruitful days of resolving major global issues, DSMUN was a success as it helped delegates understand the problems we face in our day to day lives and more importantly, how to solve them. 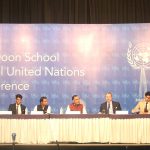 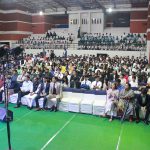 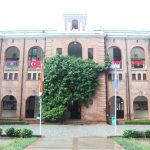