From our departure in the twilight hours to our arrival on a sunny summer afternoon on the 23 rd of June, our group of seven was ecstatic to see what lay ahead for us at the World Schools Debating Academy in Kranjska Gora, Slovenia. The Academy, having a historic legacy of 22 years, was undertaken by professional debaters and trainers to instruct teenagers from all over the globe in the art of debating, rhetoric, and proving that words were, in truth, mightier than the sword. With our schedule spread out over a weeks’ time in the hill resort town, most of our first day passed in planes and cars. Thankfully, we reached in time for the orientation. The program for the first four days consisted of lectures, exercises, and electives, the first two of which were for learning debating theory and practicing it extensively for the remainder of the day. The electives held were about specific topics which might come up in debates such as freedom of choice, feminism, impact and influence of media, gentrification, and many more. These electives were held to help us understand how the aforementioned can be used effectively in a debate. In these four days we also went for excursions to Lake Bled, Zelensci National Park, Lake Jasna and to the Martuljek waterfalls. During the final three days of the camp, the debating tournament took place. Our main team comprising four A formers made their way through the Quarter Finals, but unfortunately did not make it past the Semi-inals. We debated on topics ranging from whether or not to limit the media coverage of mass shootings to whether or not the workers should be given the ownership of the company they work for to whether or not we should have the right to sue to government when it fails to provide a basic standard of living. These topics stimulated our minds and challenged us.

An exemplary performance was given by Adit Chatterjee, who was adjudged 6 th best speaker out of about 200 students participating in the Academy. We then departed the resort town of Kranjska Gora on the 30 th of June in the afternoon, making our way to Trieste for a much- needed break. We arrived just as dusk began, and we made our way to the Piazza Unita d’ Italia to watch the sunset and grab dinner. Exploring the neighborhood, we found ourselves on a pier jutting out into the sea and celebrated a birthday at midnight there as well. Our beach day planned for the next day was thwarted by the raging sea and the stormy clouds. The last night, we had dinner along the Grand Canal and enjoyed the music as it wafted out of the restaurants nearby. All in all, our ten days by the sea and in the hills left us all a bit smarter and very refreshed. 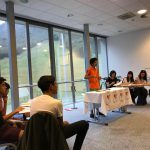 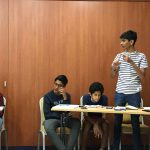 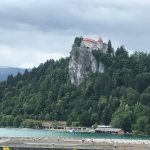 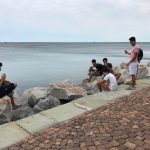 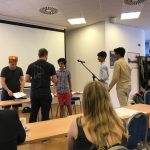 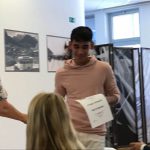