Squash: Thirteen teams competed in the IPSC tournament hosted by Daily College Indore. The U19 team came second in the tournament, U17 came fourth and the U14 won the bronze medal. 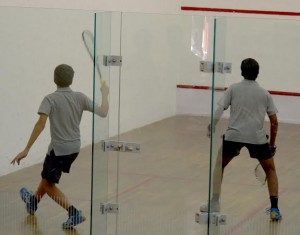 U14 Football Tournament 2015: It is still all to play for as Doon launch’s its inaugural tournament for the U14’s. IPSC Soccer in Sikkim 2015: This is still going on. Watch out for later news when it comes.

The heavy monsoon has also stopped play for the other matches too.

Shooting: With the school’s own shooting range and new coach, congratulations to Rishab Badhwar who won a silver medal in the 50m Rifle Prone Event and shot 271 out of 300.