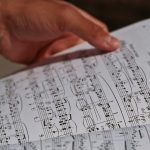 Apart from being in the academic curriculum, music is an integral part of the School’s profile of activities, and is showcased regularly through student concerts, inter and intramural competitions, cultural festivals at a national level, productions such as the Founder`s Day concert, and through social service. This dynamic programme is fuelled by the STA and SUPW, through which boys receive intensive training in developing performing skills and in appreciating and understanding concepts, genres and styles of music.

Masters and instructors teach vocal music and a variety of instruments – sitar, sarod, piano, electronic keyboard, Western and Indian violin, santoor, tabla, drums, guitar and flute. Both the great classical traditions – Hindustani and Western – are given special emphasis, but folk and popular music also feature prominently in the programme. Individual classes ensure that each boy’s special talent, interest and level of commitment are addressed. Ensemble playing in the popular band, choir, percussion group and chamber music formats develop the valuable musical skill of co-ordination and rhythmic unity, as well as foster the equally valuable spirit of togetherness and sense of achievement in working as a team to make something of worth and meaning. Creativity, as much as technical skill, is developed and encouraged in the STA, and boy compositions feature regularly in music productions.

Recognising the power music has to reach out to and unite people from diverse sections of society, the SUPW programme aims at preparing boys for performance at places where the School’s social service projects are located and at fund-raising concerts for charitable causes. In School, the Orchestra and Choir play a role at Assembly every morning in leading the community in a song of devotion. This also keeps the young musicians in training for bigger productions. Dance is an activity that is particularly popular, drawing participants from all forms. Preparation for the annual inter-house competition is a year-round activity, resulting in performances of a high caliber – innovative in choreography, costume design, and lighting, and a visual feast in terms of skill and grace of movement.

At the end of the academic year, those who have pursued the Trinity-Guildhall music syllabus in the STA take the examination in their grade as a culmination of a year-long effort. The significant number of boys taking the Trinity examination has resulted in The Doon School being made an examination centre, with the examiner coming here from the U.K.

The Music Department is indeed a hub of activity, not only on the designated STA/SUPW days, but through the week, as boys follow up on lessons with solo practice and jam sessions.

The more proficient musicians helping others is a common sight. An Assembly song is one of the first experiences a new boy has, and the School Orchestra and Choir’s rendition of Auld Lang Syne in the Rose Bowl, in farewell, when he leaves School six years later, is one of his last. For many, music has been woven into the tapestry of their School life, to remain an enduring and joyful memory.

With the entertainment industry, in which music production is such a vital part offering, increasingly, a gamut of career options, discovering an interest and talent in music early and following it up is something that can yield rich dividends. Composition, recording arts and science and sound engineering, are all career-oriented disciplines that can be taken at the college level, with a basic understanding of musical style, form and structure, and a working knowledge of instrumental playing.

Doon had the “topper” at grade 7 and grade 8 in piano Trinity Board Examinations in 2010. A record number of boys sat and achieved the School’s best examination results. The Music Department’s offering in 2011 was the rock opera Jesus Christ Superstar by Tim Rice and Andrew Lloyd Webber. The choir was dominated by D and C formers and the orchestra featured boys from C and B form too. In 2013, the department linked with the Drama department again for another musical and highly successful How to Suceed in Business With Really Trying. 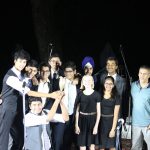 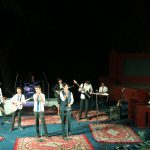 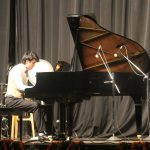 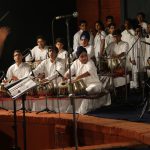 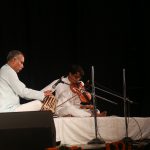 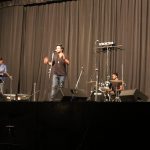 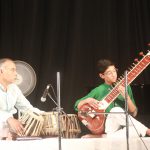 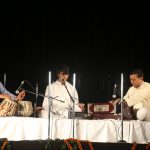